Alright, now that we are finally underway we can give some status updates. We started off with a teary and heartfelt departure from Colman Dock in downtown Seattle on the morning of Wednesday, April 16. Making our way south we met up with our friend Bill Thorness, an avid biker himself. He had interviewed us for his blog a couple of days before and wanted to get some action shots as well as guide Alex and I down to the beginning of the Duwamish Trail. He also left us a little bike journal and a bag of snacks. Those were greatly appreciated, hooray for Bill! Have a look at Bill’s interview here: http://bikingpugetsound.com/tom-sawyer-floating-south-by-cycle/. 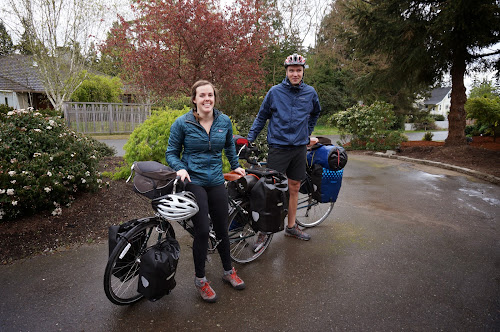 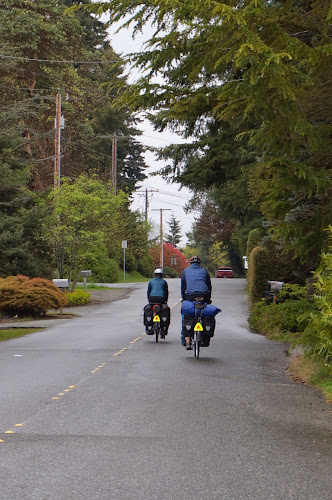 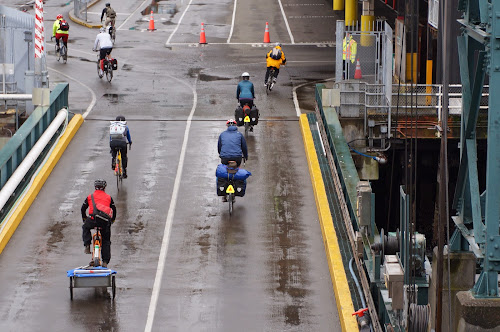 Biking off the Bainbridge Island ferry 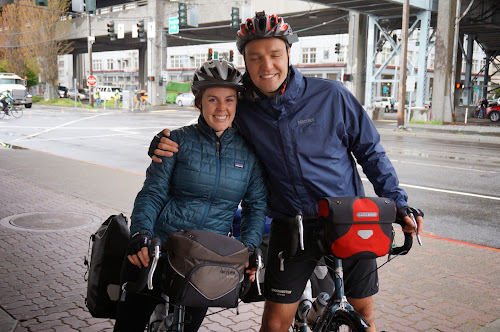 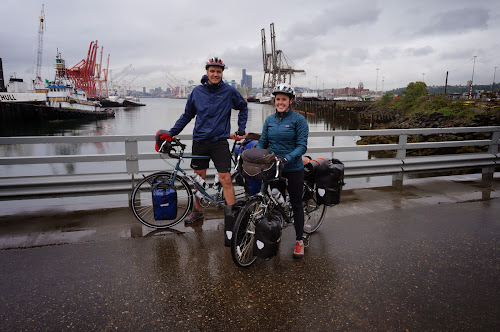 We followed the Duwamish Trail, then hopped onto the Green River Trail and eventually made it onto the Interurban Trail. The first two trails were a lot of fun, winding and scenic for the most part. The Interurban however was probably some of the most boring biking I had ever done, it simply is an endless straight line down south with next to nothing to see. We called it a day in Puyallup, where Alex’s Gramma treated us to a carb-heavy Italian dinner – just what we needed. So overall that first day can be checked off as a successful start.

Day two started with coffee and the leftovers from the dinner of the previous night (you’d be surprised how good cold Ravioli can be at 7 in the morning). The night had been rainy and the pouring wouldn’t stop for the rest of the day, something we didn’t know at that point. Going south we zigzagged from cross street to cross street and eventually merged onto State Route 507 towards Yelm. Being on 507 wasn’t too much fun, partly because the weather was crappy at best and partly because having giant logging trucks pass you at 50 miles per hour and with a clearing of less than 1 foot is scary in itself.

Luckily we made it to Yelm alive and treated ourselves to a nice long lunch break in the entrance area of the local Wal-Mart. Snacking on apples, bread and cheese reawakened our spirits that had been put to sleep by the icy rain. By that point we decided to figure out our place for the night and thanks to the free Wi-Fi at the library in Yelm we found a nice camp spot at Offut Lake, north of Tenino and only 16 miles away from Yelm. The ride to the lake definitely was the highlight of the day, even though the weather kept getting worse. A beautiful bike trail led us past farms and scenic forests. We even got to see some deer jump across the street, and that sight alone made our hearts soar like eagles in the sky. We arrived at Offut Lake fully soaked, and were more than happy to set up our tent under an open shelter. But oh, the irony! By the time we were done setting everything up the rain had stopped for the first time in the past 24 hours. 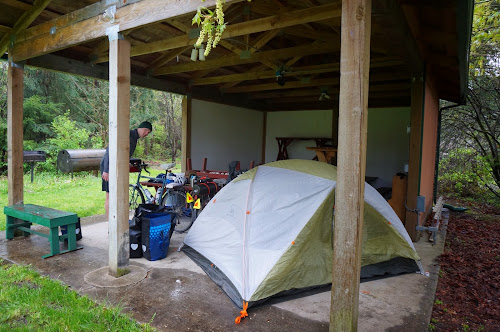 Our camp on night two 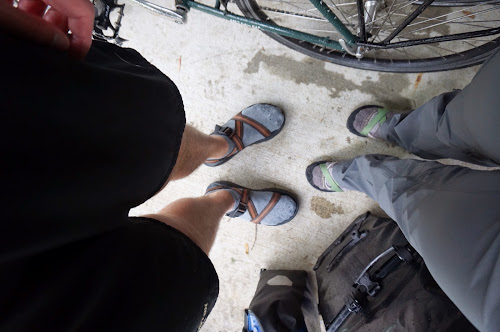 Socks and Chacos, we got style! 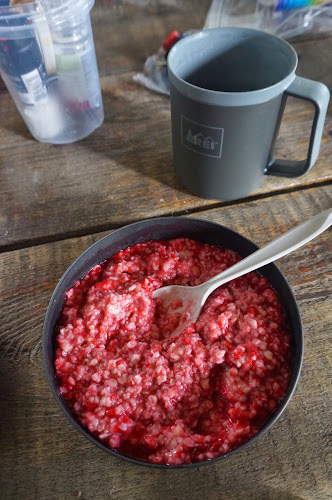 Breakfast for Champions on day three 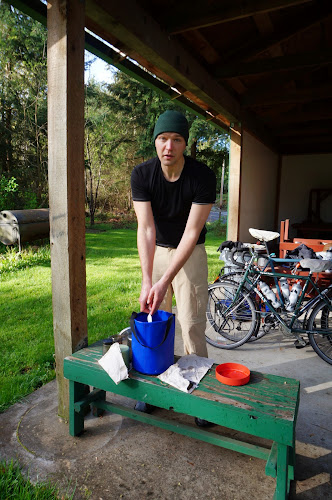 At least I am good enough to be dish boy

When morning dawned on day three we woke up to a light breeze and mostly clear skies. Leaving Offut Lake behind wasn’t too hard on us, given that some guys had clogged the only available toilet of the campsite. Once we got going, after a hefty oatmeal breakfast, we quickly passed Tenino and made a quick stop at Alpacas of America. Hundreds of alpacas were out on the fields and it was a sight to behold. Alex of course didn’t miss the chance to gaze at these friendly animals. 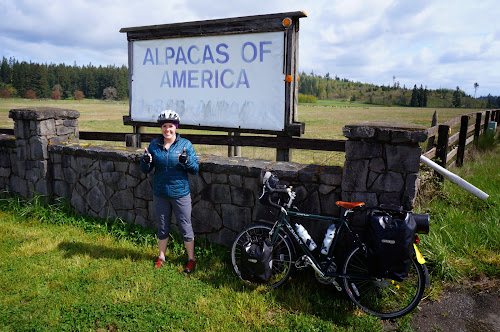 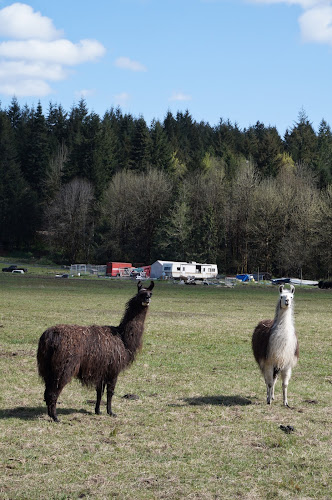 We continued to Centralia and took some beautiful but also brutally hilly backroads to make it close to Lewis and Clark State Park where we set up our camp for night number three. We had to be sneaky and hid our tent behind a tree because we weren’t exactly sure whether the little park next to the historic Jackson Courthouse is an actual campsite, strictly speaking. But that didn’t stop us from celebrating with some delectable gas station fare – a 24 oz. beer! Now we are inching closer and closer to the state border, so stay tuned for the next blog update. 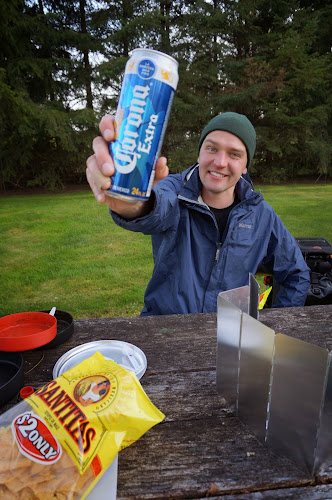 2 thoughts on “To Gramma’s house we go (and beyond)”